Zuiderlucht are now publishing chapters from my ‘graphic novel for the 21st century’ as the editor described it (phew!!) The idea is roughly this:

‘My imaginary lives’ traces RJ’s ‘life’, considering actual occurrences and how they might have had a cathartic effect on his journey through life ……. though most of them had no effect whatsoever on his ‘career’. (Oxford English Dictionary: career vb. To fall headlong out of control)

This fictional journey features a cast which includes the Archbishop of Canterbury, Joanna Lumley, Anaïs Nin and Arthur Schopenhauer, and wanders into worlds as diverse as blacksmithing, jazz, antique fountain pens and tattooing. 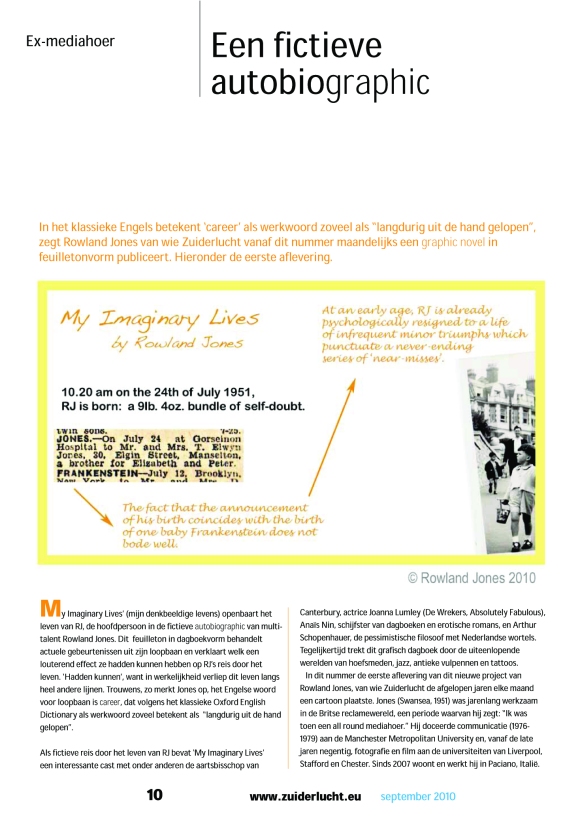 ‘There is something very comfortable in having plenty of stationery.’

I seem to have drawn lots of shoes, mainly Lesley’s as womens’ shoes are more varied: however these are (clearly) mine, and so comfortable they deserve at least 15 minutes of fame…. 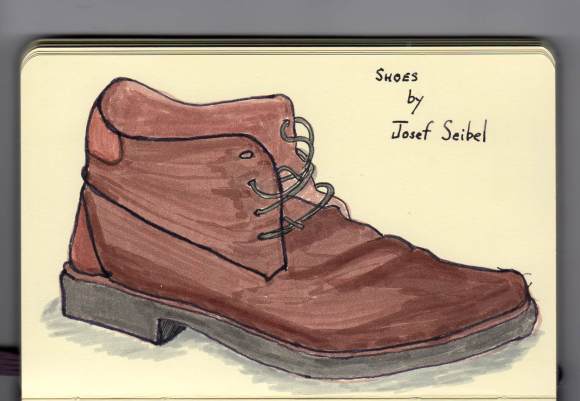 Another attempt at multiple examples as per Danny G. . . or should that be multiple exposures . . . 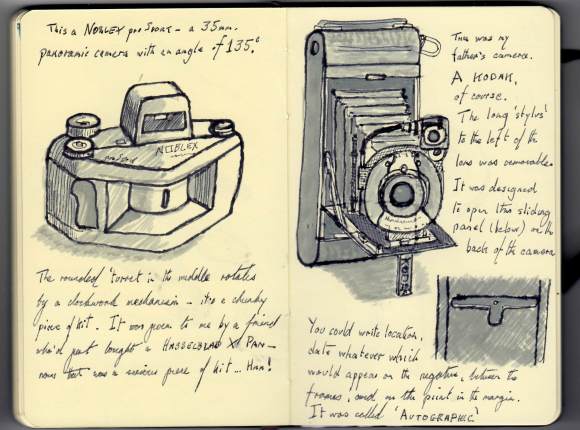 At a time when I was not allowed any alcohol, I came across this quote

‘It was as natural as eating and to me as necessary and I wouldn’t have thought of eating a meal without drinking beer.’ —Ernest Hemingway

I should have had more ready to edit…..