‘A mischief of rats’

One of the things that leaps out of a photograph of modern day street, in comparison to one from 50 years ago, is the proliferation of signs. I hate it.

It is visual cacophony – a multiplicity of individual messages desperately trying to attract my attention – the advertising hounds baying at a terrified public!

Apart from this visual bombardment there is one type of sign which creates a shudder in me that would register on a seismograph. the pointless road sign.

There is a particularly fine specimen which I see regularly. It’s the sign which informs me that ‘The street lights are not in operation’! Obviously during daylight I would hardly expect them to be operational for it is clear that the sun is more than capable of supplying sufficient illumination. Night time it is a different story. It is dark. If whilst proceeding down the motorway, the driver’s powers of perception are insufficiently developed to detect the lack of lighting, or, darkness as we usually call it, then I would suggest that perhaps that person should not be in charge of a vehicle.

Even worse, of course, is the electronic sign which informs me that ‘This sign is not in operation’ which is clearly untrue since it is communicating information to me albeit useless incorrect information.

Though at one level this 21st century conundrum may be seen as an updated version of Epimenides Paradox or even more profoundly an irony based on Magritte’s ‘The Treachery of Images’, it is essentially totally and utterly pointless.

There are many things in life which are so obvious as to not need stating and on that basis I shall not write THE END. (Rowland’s Paradox 2018)

Outgoing head of disgracefully badly run Network Rail has been awarded CBE for services to the railway industry.

Someone said it’s like awarding the Captain of the Titanic – presumably for services to iceberg maintenance!

So I receive a message from 3 saying I’ve used all my data. Seems unlikely so I try to access the App. BUT the app doesn’t work via WIFI so how can I access it to see what my options are?!?!? 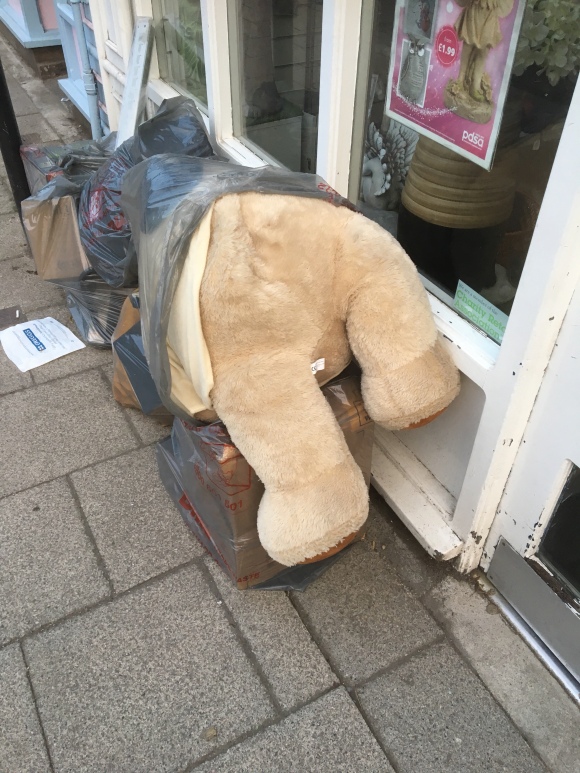