During our soundcheck at Baschi, Lesley went to take some pics. I like these a  lot! My favourite student!! 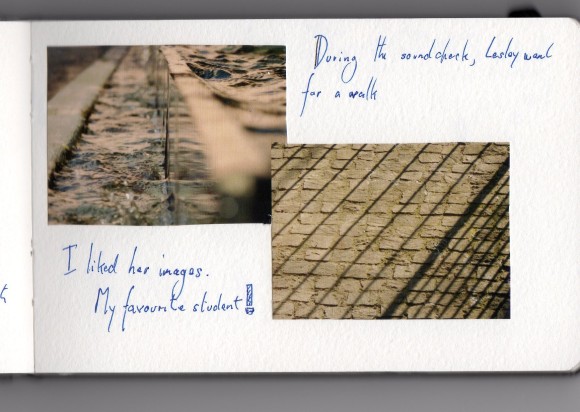 I’m offering a course in Slow Photography this summer, so I set myself one of my own exercises to do . . . 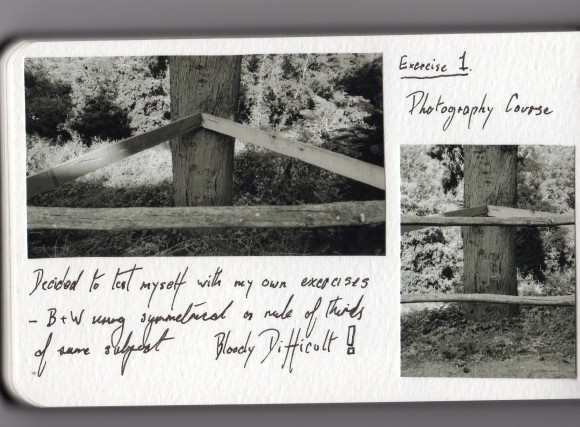 And so I set off for Italy on my Yamaha XV535 -I mention the model, because a ‘serious’ motor biking friend of mine described it as a ‘hardly-davidson’– I felt suitably put down

It’s 1996, and I’m heading off to Italy alone on my motorbike – – but instead of writing my journal as I go, I take notes ready to ‘write it up’ later – which, of course, I never did.

I found the notebook – and it consisted of 17 (yes – I even gave up en-route) double page spreads with the left hand page containing increasingly sparse notes. I scribbled down the ones that made me recall some incident with a smile…. the waiter in Reigate cleaning the cork out of the wine bottle neck with his finger… the beautiful Bentley Continental on the motor-rail . . my scarf from the Moto Club of Malcesine (that’s meant to be a scarf) . . ravioli stuffed with pumpkins in Mantova . . . the unhelpful receptionist in Montalcino.